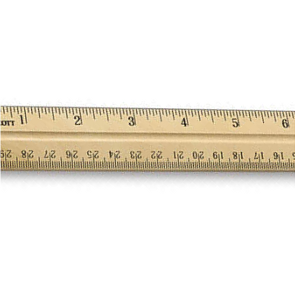 If you’ve played tabletop for any length of time you should be familiar with this scene: A few tables are set up around the room, players sit with bowed heads and considering expressions; contemplating their next move – or whether they have enough change for another beer – when a voice cuts through the camaraderie.

“No, I’m sure you moved them six-point-two inches!”

Heads turn. Eyes roll. Some poor bastard is about to lose her game to a twenty-minute argument over six millimetres. (Or, as the aspiring rules lawyer will be happy to lecture you, 5.08mm.)

It might be tolerable if this behaviour was restrained to players feeling cheated, but bickering and one-upmanship arise over the most petty, pointless subjects. I have, honest to Betsy, watched two gamers have a prolonged argument over whose army was the more perfectly combat-balanced, and for every minute the other didn’t buckle to their vastly superior number-crunching the viciousness kicked up a notch until they were hurling barely-veiled insults.

The kicker? Neither of them had even assembled their army.

This was, essentially, two grown men bitching each other out over whether my dad can beat up your dad without so much as checking if pater familias knew how to throw a punch. It was tragic. It was painful. It was a pin-point accurate portrayal of how many gamers approach the hobby.

(And don’t think you’re getting off lightly here, PC gamers. You’re some of the worst offenders when it comes to Hypothetical Gaming. Your testing scenarios do not, in fact, conclusively prove that no-one should ever charge heavy cavalry into pike men, merely that doing it on a flat map with no other troops produces a boring video. Low Stakes on a Plain, if you’ll forgive the reference.)

The big question is: when does a gamer learn that this isn’t supposed to be fun? Presumably we all start as wide-eyed foals wobbling enthusiastically onto the killing field, so what is it that hardens players to bitter nitpicking, to seeing the mechanics as more important than the game? More importantly: why?

One True Way-ism is to blame for much of it, as it is in most hobbies. The all-consuming desire to be right overrides the reality that there is no objectively wrong way to play so, in its absence, one must be created. Amateur novelists will wage bloody war over the acceptability of the Oxford comma, usually wasting time better spent on polishing their manuscript – or even starting the bloody thing, which ties neatly back to my two warring number-crunchers. For them, creating the ‘right’ list had become a way of winning the game, one which cut out the unpredictability of wayward dice rolls or high-risk tactics and left a clean, indisputable victory. Under that mindset, actual playing took a back seat to claiming bragging rights.

What makes it so ubiquitous isn’t just the siren song of a certain success, but also the tangible proof it provides that they, the speaker, are a serious gamer and therefore worthy of respect. This isn’t the place to go into why ‘casual gamer’ is a scarlet letter – that’s an article all of its own – but the fear of losing the intangible status of ‘real gamer’ is a driving force behind a multitude of humourless dick-measuring contests. All it takes is one guy who thinks he’s losing something if he isn’t right.

Unfortunately, he’s got a good reason. While many gaming groups (online and off) are delightful places, many more haven’t learnt the difference between keeping an open door and letting Robin Dickweed piss in everybody else’s pint. Accepting our socially awkward brethren with open arms is both geek culture’s selling point and it’s PR nightmare, because for every twelve likable people who just need to learn when it’s their turn to talk, there are two who think social skills are for mundanes[¹]. The odds are good, the goods are pleasingly odd. Surely a handful of belligerent One True Way-ists is a small price to pay for an accepting, open-minded community?

Those twelve pleasant players will become ten, then seven, finally whittling down to four, but the sneering sods who seemed so tolerable a year ago are still squatting at the gaming table like a Hag on a narcoleptic. And why shouldn’t they? We all but laid out the welcome mat. By tolerating bad gamers we lose good ones, either to other, less enabling hobbies, or to becoming bad gamers themselves. The squeaky wheel gets the grease, the tenacious arguer sets the tone, and our sweet-natured newbie picks up some terrible habits. 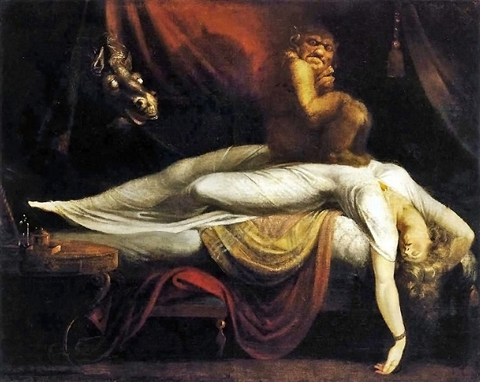 You’ve got to be cruel to be accurate.

Quietly giving in to the noisy minority not only teaches newcomers that this is how to be a gamer, it eventually normalises it; creating casual acceptance that ‘doing it right’ is as definable and measurable as a twenty-four inch firing range.

Into this simmering mess is sprinkled the dried rosemary of self-identification.  A harmless and terribly human tendency to define ourselves by what we do, combined with the rich flavours of social anxiety and personal insecurity to form a hotpot of pointless bickering. If being A Gamer is who you are and only Real Gamers are worthy of respect, then a different way of playing isn’t just a preference – it’s a personal attack.

It’s hell to play with. The defensiveness oozes over onto everything: Tau aren’t simply a valid army she doesn’t play, they must be written off as Imperial Guard with a duller paint job. GURPS isn’t a system with flaws, it’s the fools choice. Nothing is a matter of taste: if it was a legitimate choice then they’d be making it. The good news is none of this is immutable. It can be fixed, but doing so requires the social policing geek culture prides itself on being ‘better’ than (telling people their behaviour isn’t acceptable, actively kicking out hostile members), which makes you feel like an absolute arsehole. Since that’s its own bucket of grim misery, the long-term improvement doesn’t seem worth the cost.

Despite the less-than-gentle tone, I don’t think problem players are evil or even innately unpleasant to game with. For the most part removing them from the cause will cure the symptoms – and yes, that cause is sometimes the minority of mean-spirited players, but more often it’s the negative attitudes which thrive in geek culture like mould on bread (only without the medicinal benefits). At the base line of it, we’re all here because it brings us some happiness, even our rules lawyer of earlier. If he laid down the tape measure and reclaimed the joy of murdering tiny people he, and his fellow gamers, would be much happier. Playing at one-upmanship is its own kind of game, but not one that belongs at the table.

(In short: Shut up, Steve. Everyone else is trying to have fun.)