Celtic Kings styles itself as ‘[a] great mixture of two genres – adventure and real-time strategy [with] beautifully stylized 2D graphics [and] an inspiring storyline set during the Gallic Wars’. Nowhere in that list does it say ‘the most prolonged escort mission since Callgirls 3: Banker’s Bonus’.

I’ve seen less blatant padding in a drag queen’s bra. The devs were all about two things: putting vital locations on opposite map corners, and druids. Druid is another word for speed trap. 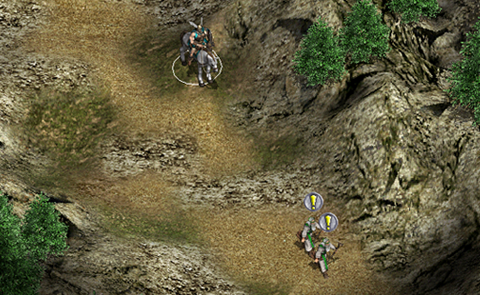 You’re either following druids, looking for druids, or dragging druids in your wake like a gaggle of fat, petulant ducklings. And since druids move at about three metres a minute, those corners of the map might as well be in different solar systems. By my conservative estimate this game is 89% ambulatory druids.

The other eleven percent is wolves.

Whenever the game worries that you might be finally getting somewhere, it saddles you with another druid. And if it thinks you need to be punished? It inflicts the plot on you.

You play as Larax, mighty Gaul warrior on a quest to avenge the murder of his bride. All his allies understand that he lives only to kill those who took his bride from him. Occasionally he waylays passing strangers to bend their ears about how he used to have a bride. Bride, bride, bride. I’m not even sure he knew the poor bitch’s name because that is all he ever calls her. They might as well have kicked his dog or burnt his favourite chair. 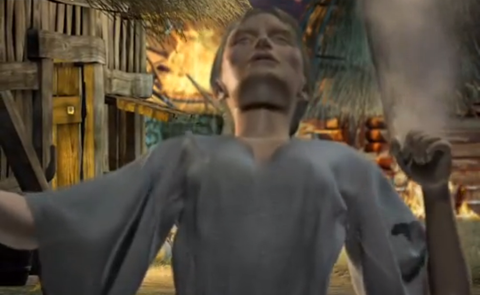 Some animator out there thought ‘what this dying woman really needs is lovingly rendered nipples’.

But for some reason, everybody listens to him. They’ve all just been hanging around, checking their sundials and going “Sure, there’s about forty guys with axes here but what we really need is some berk wearing a pigeon.” And then you show up in your amazing birdhat and get half of them killed, and they cheer you for it. These are a people who deserve to be pillaged. 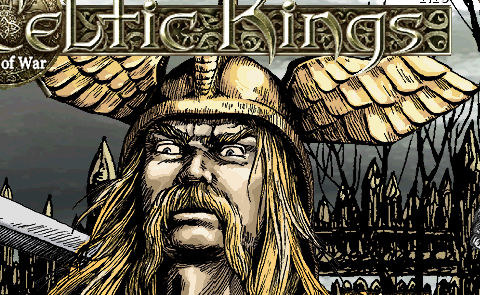 The fuckers can’t even enunciate. The voice actors mumble like they’re frightened of being recognised. In fairness, if I had been forced to bark the line “Thrust my hammer!” I wouldn’t leave the house before nightfall. If I thought it might ever be traced back to me, I would change my name. But, while I sympathise, it lead to terrible, terrible mondegreens – I persistently misheard “In the name of Odin!” as “In the name of pudding!” and it just… If there had been an atmosphere, that would have been the nail in its coffin. I cannot lead a man who fights for crumble.

Celtic Kings wants me to defend a people I think are beyond help, against an enemy who, to be honest, I kinda think have the right idea, in the name of a woman whose name it never tells me. It is a tissue of lies and terrible writing. This game, in its heart of hearts, thinks Manowar are good. This game listens to heavy mithril.

This game was not worth three and a half stars, GOG. It was not.