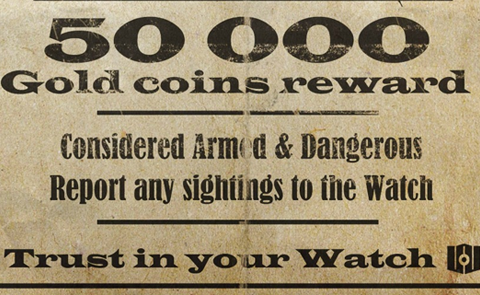 Why does Thief Mk2 need to be a reboot? Because industrialisation, bitches.

Despite the previous games’ themes of magic vs. technology, there hasn’t been any room for technology vs. artisans. Cogs and levers are too integrated into the setting; you might as well do The People of London vs. Indoor Plumbing. Yes, we haven’t seen any evidence of, say, widespread machine weaving but they can sort out a functional artificial eye, I think they could knock together a clockwork loom.

There is, technically, space for it in the current incarnation of Thief, but you’re gonna need a shoehorn and a mallet to get it in there. In fact, you’re going to need that combo to fit anything into current Thief canon. That timeline’s fuller than Arkham graveyard after a full moon.

Of course, I could be wrong. That lingering shot of cogs overlaid with a menacing voiceover about the inevitability of progress could, in fact, just be referring to the new Mechano death chamber, but the second point still stands: the first three Thief games don’t need a fourth.

That doesn’t mean Garrett or the City have no stories left to tell. 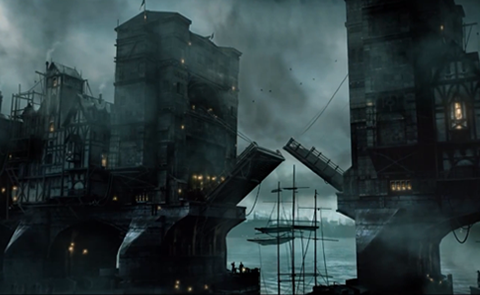 There’s the one which explores the banal human evil of the streets, with no god or ghoul to guide its footsteps. Or the one where Garrett has to decide if the enemy of his enemy is really his friend, and help the Sheriff shut down the Thief-Takers before they run out of vagrants to frame and start chasing real criminals. A sickness is putting every exporter out of business except one. The City is developing its own life, formed from the thousands of tiny, scuttling human souls inside it, and it’s starting to wake up.

None of those can be told in the current canon, partly because they’re shit but mostly because Garrett has already been pretty goddamn busy. He’s stopped a pagan god, a religious madman, and a murderous old lady. If the next things on his plate are a group of corrupt bounty hunters, a gang of cutthroats, and a sentient city, you’re going to start wondering A: why he hasn’t packed up sticks and moved to a less energetic base of operations, and B: shouldn’t he be starting to feel the twinge of arthritis by now?

Yes, reboots and revivals are more often than not the product of a panicked industry terrified of change; thrashing around and snatching up IPs in a desperate need to grasp at the familiar and the safe, but not all of them are. If you want to write about a sticky-fingered cynic in a steampunk-medieval city then why not reboot Thief, provided you’re actually interested in Garrett’s character and Garrett’s world? Why create a new quasi-Garrett in a new unnamed City and (rightfully) get accused of ripping off Thief anyway? 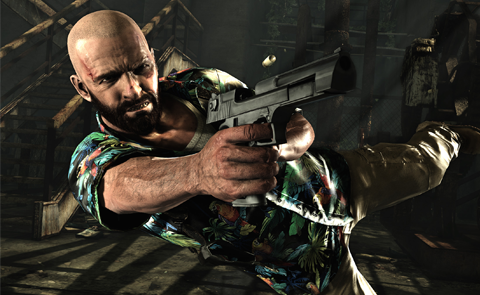 When it comes to dormant properties, reboots are often better. A fourth game by its very nature says ‘this is what the previous games were like’ – which is delightful when you get a Command & Conquer: Tiberium Wars, but also results in the tone-deaf Max Payne 3 overshadowing its predecessors. But if Max Payne 3 had been a reboot, taking the base concepts but leaving the original games as a completed series, then…it would have been a lousy reboot. Nobody said this system was perfect.

But in this merry world of reboot, it matters less. Old Battlestar Galactica isn’t assumed to be like New Battlestar Galactica. Sure, very few people go back to find out what it was like, but that’s the same with revivals and at least this way nobody is startled that Starbuck used to be a dude1.

So long as the games have the core of Garrett – not just a list of character traits pasted on like a paparazzo with a deadline to meet – I’ll be disappointed if they don’t do a different take on the character. The point of reboots or alternative universes is to explore what the character could have been and wasn’t, for one reason or another. The interesting one-shot comic isn’t the story where Batman becomes a vampire; it’s the one where Bruce Wayne’s parents died but were never rich. 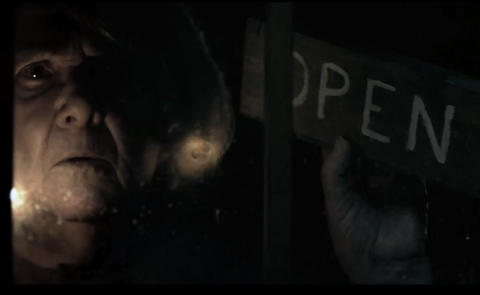 Reboots revitalise stories in a way revivals can’t. Rather than adding another event to the already-teetering pile of Shit This Guy Has Gone Through, they take things back to basics and see where you can go from there. A reboot is the chance to explore the unseen corners of a setting without all the baggage which came before. The new Garrett is somebody who diverged from the old at some point, who turned right instead of left; who ran instead of hid. I still have Thiefs 1-3 and I love their Garrett, and this new incarnation of him doesn’t affect those games at all.

1 Or that Max Payne can’t shut the fuck up about his dead wife, but seems strangely mum about the loss of almost everyone he ever met.